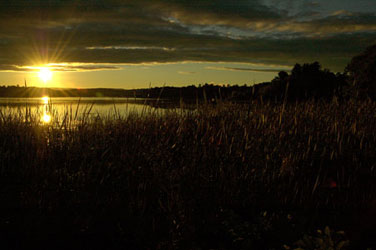 “Distance makes the heart grow fonder” – I realize it’s been a very long time since I’ve posted and to be quite up front I was greatly nudged by my west coast buddy, Sue. Blogging doesn’t come naturally to me – yet.

These last few months have been focused on dealing with a ‘cancer scare’ that was inappropriately, prematurely diagnosed by an oncology gynecologist.Â  After four weeks of incommunicado from the doctor’s office I started telephoning to talk with the doctor – eventually, the nurse offered some information prefacing it with “I can’t speak for the doctor.” Never did the doctor herself call me.Â  A very short version of this rather scarey saga is, I don’t have cancer.Â  I’m very, very happy that things are so far well.

I’v been working passionately on my screen play and it’s going quite well.Â  My cousin in Connecticut has volunteered her editorial services to me – I send her various scenes and Ev sends me her input.Â  She tells me she can’t wait to know what happens next.Â  I take that as a positive sign. Ev doesn’t sound like she’s finding it boring.Â  If I may say so myself, I feel it’s quite a well written script.Â  The play is about half way to completion. I take great joy in writing it and look forward to it being produced.Â  When it’s just a leap away from being shown at your neighborhood cinema I’ll definitely give you a head’s up. The story is about about a thirty-four year old woman named Sarah whose life is mired in chaos. She gets a job as a ‘homemaker’ and befriends one of her clients who is eighty-six years old, named Mary, whose life is the total opposite of hers. Mary’s life is serene and content. Two women from opposite world views and experiences come together to create a beautifully poignant, charming friendship. It’s an exciting story.

Â After the screen play is written I’m off to three additional ideas I have in mind – two of which I’ve already started but found difficult juggling writing one thing, then a book about customer service to a children’s television series.Â  I decided to concentrate on the screen play to it’s completion.

I’ve just recently became part of a women’s writing group and our first meeting is November 19th.Â  My inner landscape is quite excited about this opportunity.Â  Will keep you posted about how things are going in that arena.

Let me know how all of you are doing.Â  I may be appearingly invisible, but you’re always in my heart and often in my thoughts.